One of the greatest lacquer artist of Japan, Tatsuo Kitamura, creates works of lacquer art that stand at the pinnacle of Japanese tradition. It brings a craft that has existed for hundreds of years into the present, exemplifying the passion to preserve the soul, spirit and identity of traditional Japanese culture as expressed in the Edo period. This superlative work engages us immediately on a physical level and one can only stand in awe at the commitment, patience and dedication required to create these works of art. The dial shown here, using the techniques of lacquering with Saiei Makie and Somata zaiku takes several months of work to complete. The raw materials for its creation are: Kinpun (gold dust), Jyunkin-itakane (gold leaf), Yakou-gai (shell of great green turban) and Awabi-gai (abalone shell from New Zealand).

“SETSU-GETSU-KA » was recognised primarily as the combination of « Snow, Moon and Flowers » is a Japanese expression and theme in art and design, it became popular in the late Edo period. It is a metonym for beautiful sceneries in the nature.

It was referred to these three objects themselves, or further included the elegant stances themselves when enjoying these objects.

This threefold theme usually refers to the seasons of the year. Snow refers to winter, Moon refers to autumn and Flowers refers to spring.

We throw fresh light on the composition.

The top of Mt. Fuji in covered by snow in winter, but there are flowers endure, blooming in spring, as the sight is shone (Mt. Fuji reflected in a lake) by moonlight in the clear night sky. The surface of lake reflects the fantastic light show.

Moon is formed along 10 to 2. By contrast with night sky, back refers to sun shining brilliantly.

This symbiosis of Japanese tradition with the Swiss haute horlogerie creations of Kari Voutilainen represents an all-embracing mechanical and visual work of art that unites the East and West in perfect harmony.

Yellow gold and steel, hand made 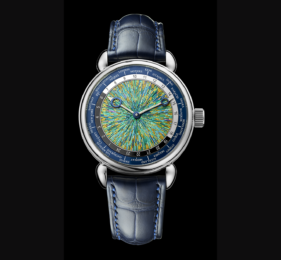 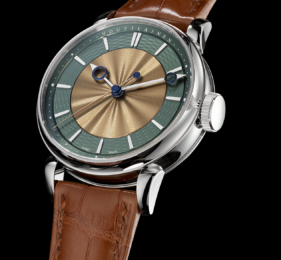 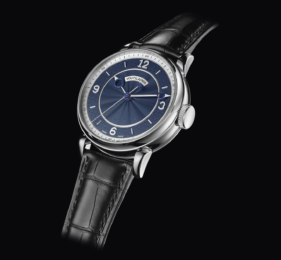 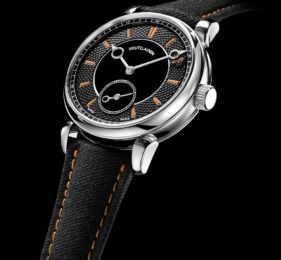 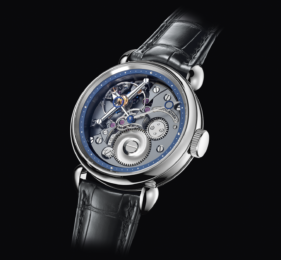 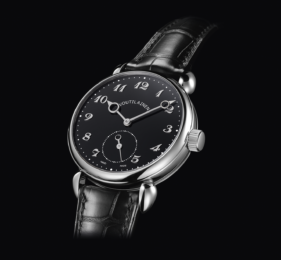 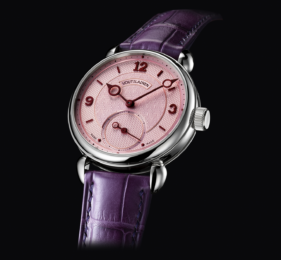 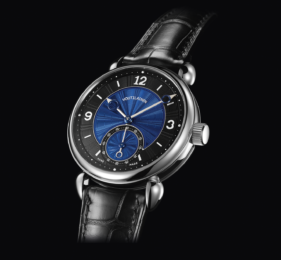 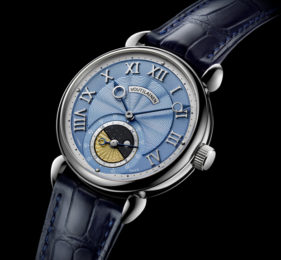 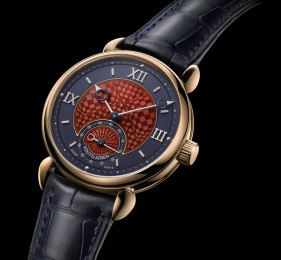